The Toyota Logistic Design Competition is back again and this year it’s all about innovating urban micrologistics. The competition started earlier this year in April, and so far, we have already received a lot of interesting submissions. With registrations closing on the 19th of October, we want to give students who are thinking about entering the competition some extra motivation. We have therefore collected bits of good advice and fun anecdotes from some of the winners of our previous design competitions. In this blog, we would like you to meet Tomas Jankauskas (second prize in 2014), Kevin Wong (second prize in 2020) and Fabian Breës (winner of the 2016 competition). 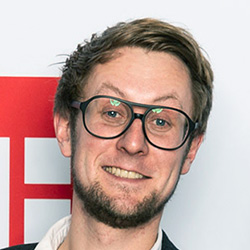 Tomas Jankauskas was born in Lithuania. He studied at Istituto Europeo di Design in Turin, Italy, and then joined Automotive Design at Coventry University, in England, and at Pforzheim in Germany. He won second prize in the 2014 TLDC and was offered an internship at Toyota Material Handling’s Design Center, in Sweden. He now works as a car designer for Toyota in Japan.

‘I was in the first TLDC, the 2014 contest, which was about airport vehicles. It was just sort of connecting the dots, as there was so much technical stuff I didn’t know,’ says Tomas. ‘It was all about trying to find a way to connect the tow truck to the aeroplane; challenging, it was a bit like connecting a bird to a pig.’

‘As a student you need to go with your gut, you need to be brave. I would absolutely recommend the competition. Since Toyota is a renowned company, I made an extra effort and that’s how my participation in the TLDC, kickstarted my entire career’. 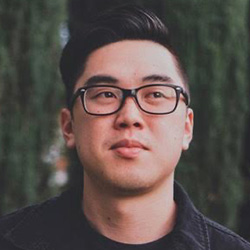 ‘I participated in the 2020 competition, which was about dealing with airport baggage handling. My concept, AIRTRO, is a self-automated baggage trolley system and is meant to help rectify the all-too-common situations at airports, where baggage gets delayed during transfer. One of the limitations was that all airports are different, trying to design around that fact proved difficult.’

‘What I liked about the competition is that it involves the whole world now. It showcases all these great ideas and talents of designers from all over the world. I’d definitely recommend the TLDC. It’s a great opportunity and your contribution will be a great addition to your portfolio. My tip is to always look at the bigger picture when you’re trying to solve a problem, since designers often want to focus on details.’

Click here to find out more about Kevin’s concept. 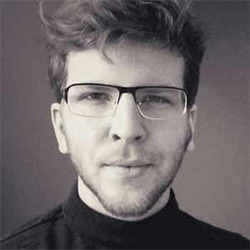 Fabian Breës, from Belgium, graduated with an M.Sc. in Industrial and Automotive Design from the University of Antwerp in 2014. He won the 2016 TLDC with Flock, a set of autonomous vehicles that can work together and help save money. Today, Fabian works as a design director for product and vehicle design at FRANK Industrial Design, an agency he started with a friend.

‘I participated in the 2016 competition, where I designed a set of autonomous vehicles called Flock. Dreaming up “a forklift like you’ve never seen them before” was a real challenge. On the other hand, the brief was very open, so you could really give it your own spin. Coming up with a solution involved a lot of brainstorming. Autonomous vehicles is a big and broad concept.’

‘I learned not to rush into things. People should take their time and go for something they really believe in. I like to think that I’ll be able to shape the future, even if it’s by a tiny bit. You start with a stupid little idea, but in the end, it might just change people’s lives.’

Click here to find out more about Fabian’s concept.

Written in collaboration with Lars Noren.

Magnus is Head of Design at our Design Center, where he leads the design strategy & product branding. He has over 25 years experience in industrial design.

Revealing the story behind the Traigo 80 Signature series- ...